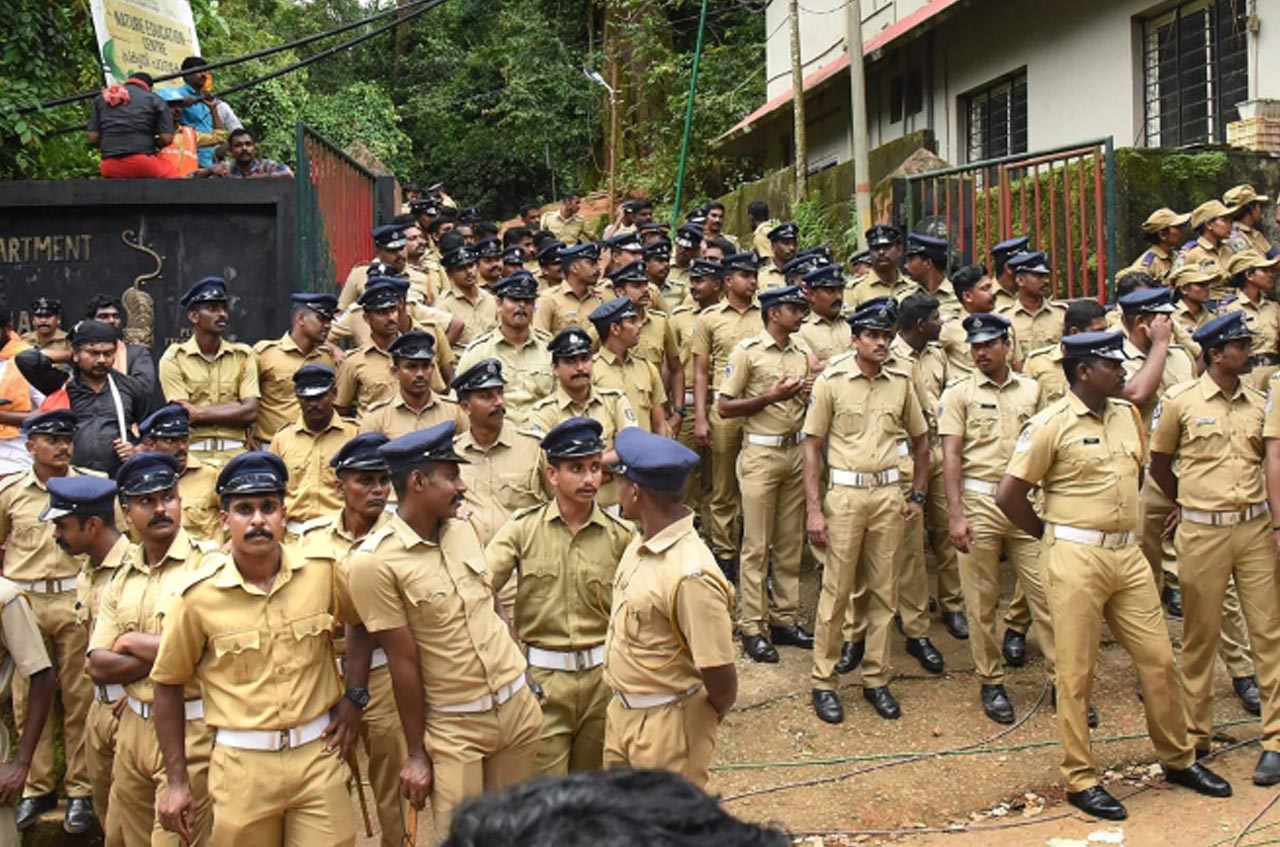 This year Sabarimala pilgrimage season is a complete failure still now. A peaceful visit to the shrine is a dream for devotees.

The troubles were starts on a bus trip to Pumpa. The Nilakkal bus depot is another police hub and from 8.30 pm police stop buses to Pumpa. Usually, devotees used to reach Pumpa between 10.00 – 12.00 pm and after the holy bath at 1.00 am they were moved to Sannidanam. They can be in the first queue while the shrine opens at 5 am and from their pilgrim can follow towards the “Nyabhishekam” (ghee offering).

The Kerala High Court has given clear instruction to the left government about the Nilakkal police block. According to the court order, police should not stop the bus trips to Pumpa for any reason. Last night police had stopped the bus to Pumpa at 8.30 pm onwards and this high court order violation by Kerala police cause inconvenience for pilgrims. Police claim it’s for the safety!

Pilgrims from the other states are not aware of the police raj at Nilakkal. They are really in trouble while they reach Nilakkal. The devotees are traveled more than 1000 kilometers by bus and train, with the travel weakness they are really in trouble while the police involvement in their travel rights. Some started crying in a helpless situation. Small kids and old aged women along with the pilgrims’ team and the police stop for the next 7 hour at Nilakkal is making them sad.

Some Ayyappa devotes are walking to Pampa to reach early morning at the shrine. After a long journey, 18 kilometers walking towards pampa is a really tough pilgrimage for them in all manners.

What we need to understand from this? This traffic-blockade and the police interference in the travel rights are for helping the pilgrims? Where a safety claim is involved in this police act? There is some hidden agenda is implemented there. Isn’t it?

Let’s look at the Kerala police’s odd claim, The Saftey. 15,000 police are for the Sabarimala special duty at this time for what? What each and everyone doing at there? They are even scanning “erumudikettu” (the holy offering) with metal detector until reach the Sannidanam. The Police have not allowed devotees to rest at the “Nadapnthal”, for what reason? What kind of safety-breakage if they took rest them?

We had seen recently, 64 pilgrims are forcefully arrested for chanting prayers from Sannidanam. The police have the answer for this too. Again safety, people are gathered where a placed section 144 stands. The question is how come section 144 is implemented in a pilgrim place over one lack of people coming every day to pray?

Maybe some BJP party members have joined the chanting prayers at Sannidanam, on that point how the police can say all are out-breakers?

Lots of questions are raced by devotees and pilgrims about the police action, the Kerala government and its administrative system should answer to the public and the law.